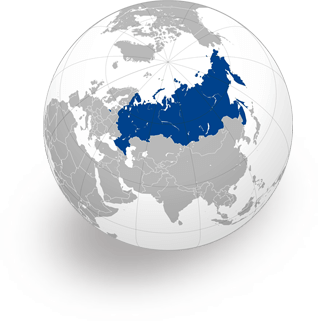 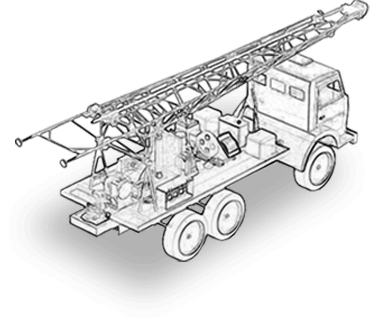 Landslip - displacement of masses of rocks along the slope under the influence of their own weight and additional load due to slope washing, waterlogging, seismic shocks and other processes. Landslips occur on the slopes of valleys or river banks, in the mountains, on the shores of the seas, etc., the most grandiose on the seabed. Most often landslips occur on the slopes, folded alternating waterproof and aquiferous. The displacement of large rocks along the slope is caused in most cases by wetting the rainwater of the soil so that the soil mass becomes heavier and more mobile. It can also be caused by earthquakes or destructive activities of the sea. The forces of friction, which ensure the cohesion of soils or rocks on the slopes, are less than gravity, and the whole mass of rock comes into motion.

The reason for the formation of landslips is a disturbance of the balance between the shearing force of gravity and the restraining forces. It is:

• Increase in the steepness of the slope as a result of water washing;

• weakening of rock strength during weathering or waterlogging by precipitation and groundwater;

Landslips usually occur on the slopes, folded alternating waterproof (clay) and aquiferous. The displacement of rock blocks with a volume of tens of m³ and more, on steep slopes occurs as a result of wetting of the separation surfaces by underground waters.

1. Drainage of groundwater is an active method of anti-landslip protection. Artificial lowering of the water level is one of the main measures to combat landslides. For this, various drainage systems and drainage types are used, which allow full or partial interception of the ground flow.

2. Changing the relief of the slope (terracing) helps to prevent the movement of the ground base. Measures are being taken to terracite the territory, to form slopes with the necessary steepness, and to replace weak soils.

3. Securing the soil. The technology consists in using grids or geosynthetic gratings. When choosing the first enough to roll them around the site and secure with anchors. When selecting the second, you will first have to add them to the modules and then connect them to the surface.

Before carrying out any of the methods, it is important to conduct engineering and geological surveys, collect all information about the site and analyze how a particular method of protection against landslips will affect the environment, and after all the measures taken it is recommended to monitor this dangerous geological process on a continuous basis.

The assessment of landslip hazard, as a rule, includes a set of works:

- Study of the landslip situation in the work area, including an analysis of all landslip manifestations (the form of manifestation, the thickness of landslides, the degree of their watering, the mechanism of occurrence and development of landslide deformations, the type of landslip by mechanism) and the state of the slopes adjacent to the site under study. Characteristics of types of landslips (content and pictures). Possible forms of slope destruction as a result of the development of landslide process (nature and magnitude of destructive deformations).

- Geomechanical analysis of the geological structure and engineering-geological conditions of the research site, including consideration of the characteristics of the physical and mechanical properties of the soil, the evaluation of the structural strength of the soil of each layer and the determination of the actual pressure from the weight of the overlying layers, taking into account the possible technogenic load.

- Justification of design schemes based on the mechanism of occurrence (activation) and the development of landslip deformations. The choice of calculation characteristics of soils for the corresponding schemes (peak values - normative or calculated, properties in the conditions of water saturation, characteristics of tests "die on a die", etc.).

- Conducting stability calculations to: identify possible causes (activation) of landslip deformations (taking into account possible changes in hydrogeological conditions, including the emergence of upward and downward filtration and corresponding forces, the formation of motions of the lower part of the slope and, as a consequence, "trimming" its upper part; changes in soil properties as a result of watering or during deformation, technogenic load); to calculate the landslide pressure in the corresponding vertical sections of the massif, both for the most probable combinations of factors and conditions, and for the worst combinations, justifying the necessary protective measures that increase the stability to the required level.

- Development of recommendations on effective and rational protective measures and monitoring.